Dozens of renowned speakers from around the world shared their knowledge and experience at this year's conference. Here are a few of the speakers that came to the 2019 NCSS/NCGE/TCSS Conference: 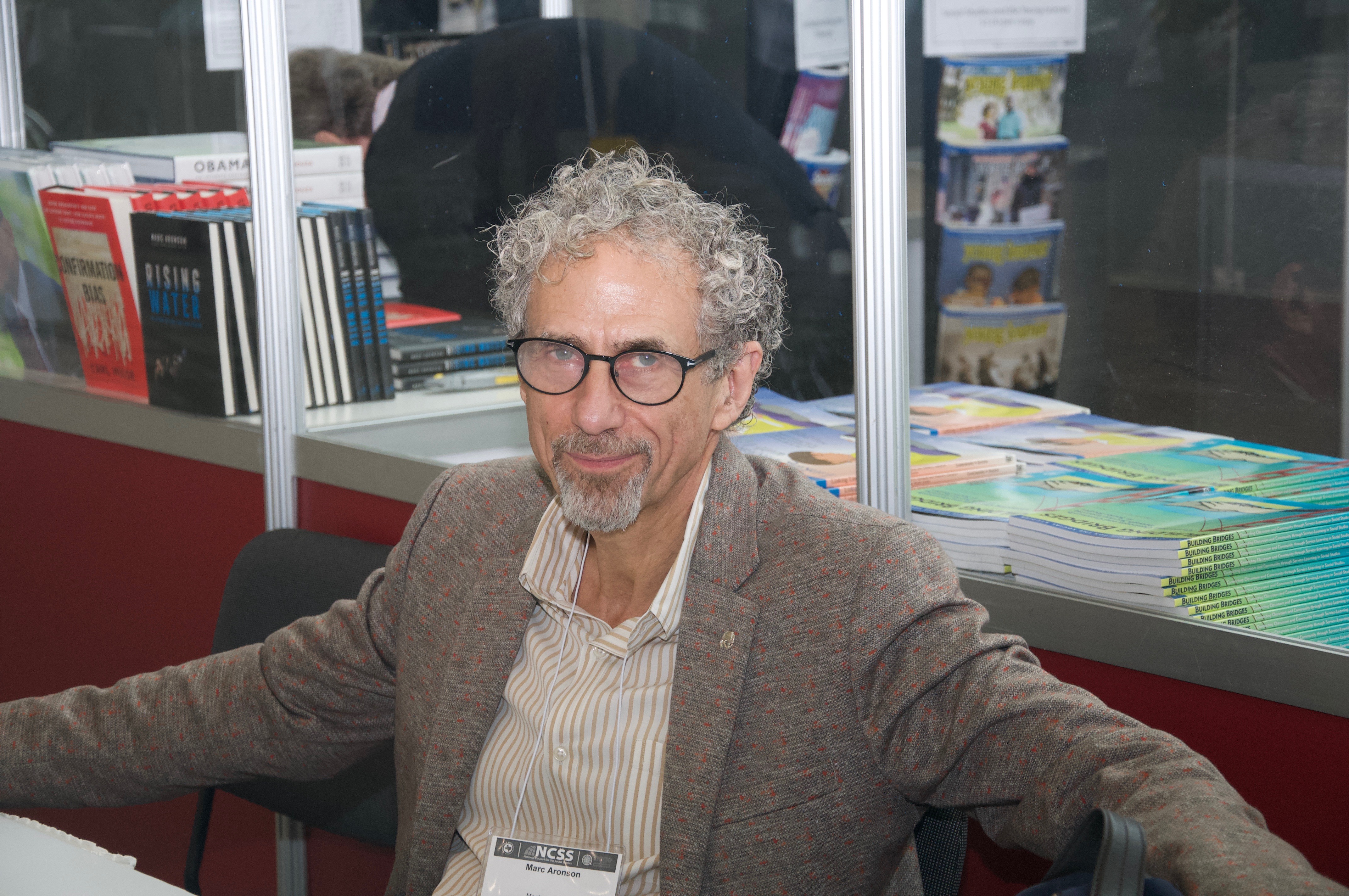 Session Description: In July 2018, the fate of twelve young soccer players trapped inside a flooded cave in Thailand grasped the world's attention. How can we get pas the endlessly repeated headlines, and the nationalist slant of media coverage? Using original interviews with the rescuers, photos, and accounts in four languages, here is a model of deep research in the age of 24-hour news cycles. 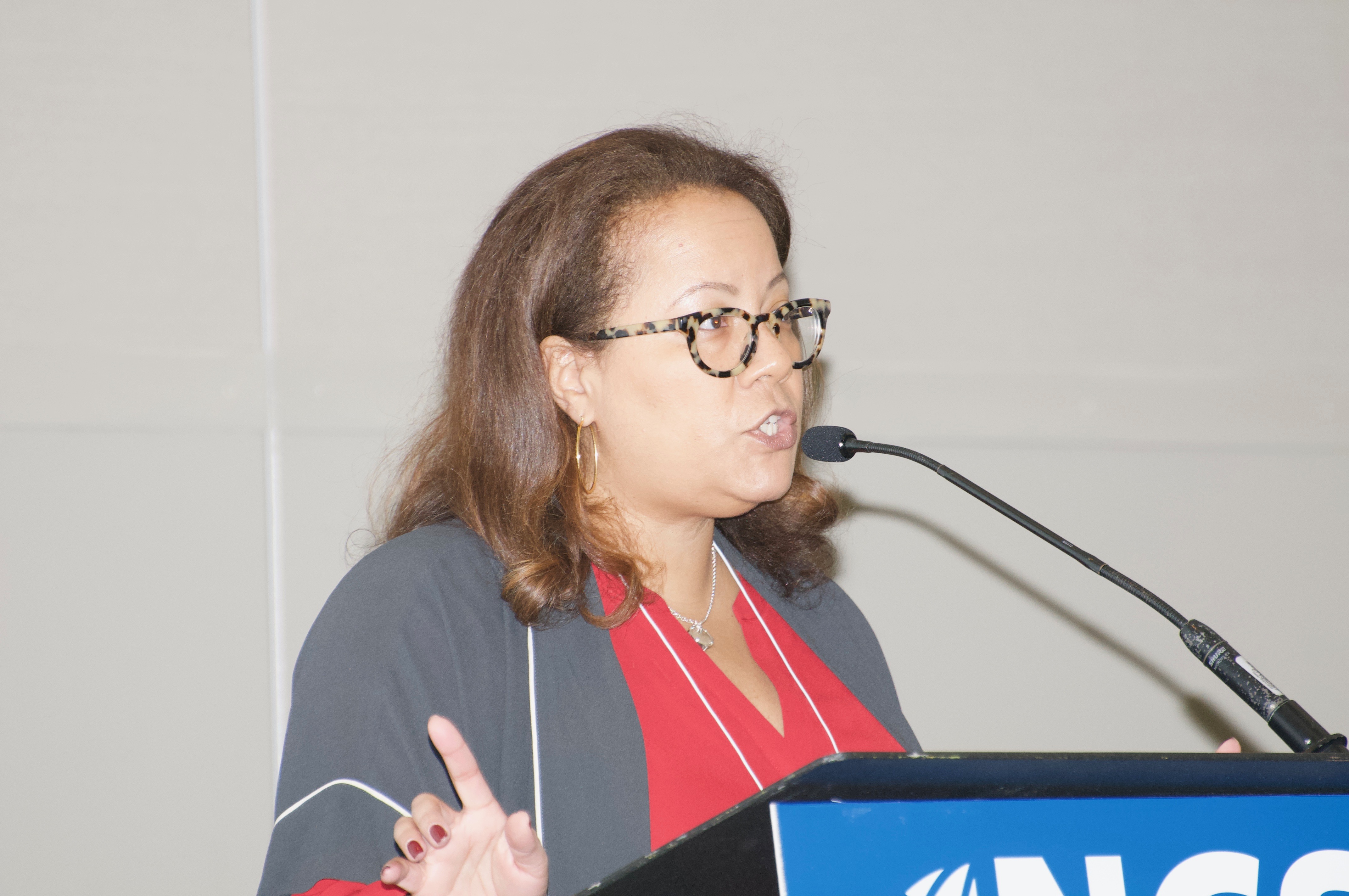 Session Description: Examine slavery and freedom during the early republic through the life of Ona Judge, one of the most understudied fugitive slaves in America. At the age of twenty-two, Ona Judge stole herself from George and Martha Washington, forcing the president to show his slave catching hand. As a fugitive, Judge would test the president's will and reputation. The most important man in the nation, heralded with winning the American Revolution, could not reclaim his enslaved woman. Ona Judge did what very few people could do: she beat the president. Judge was never caught. 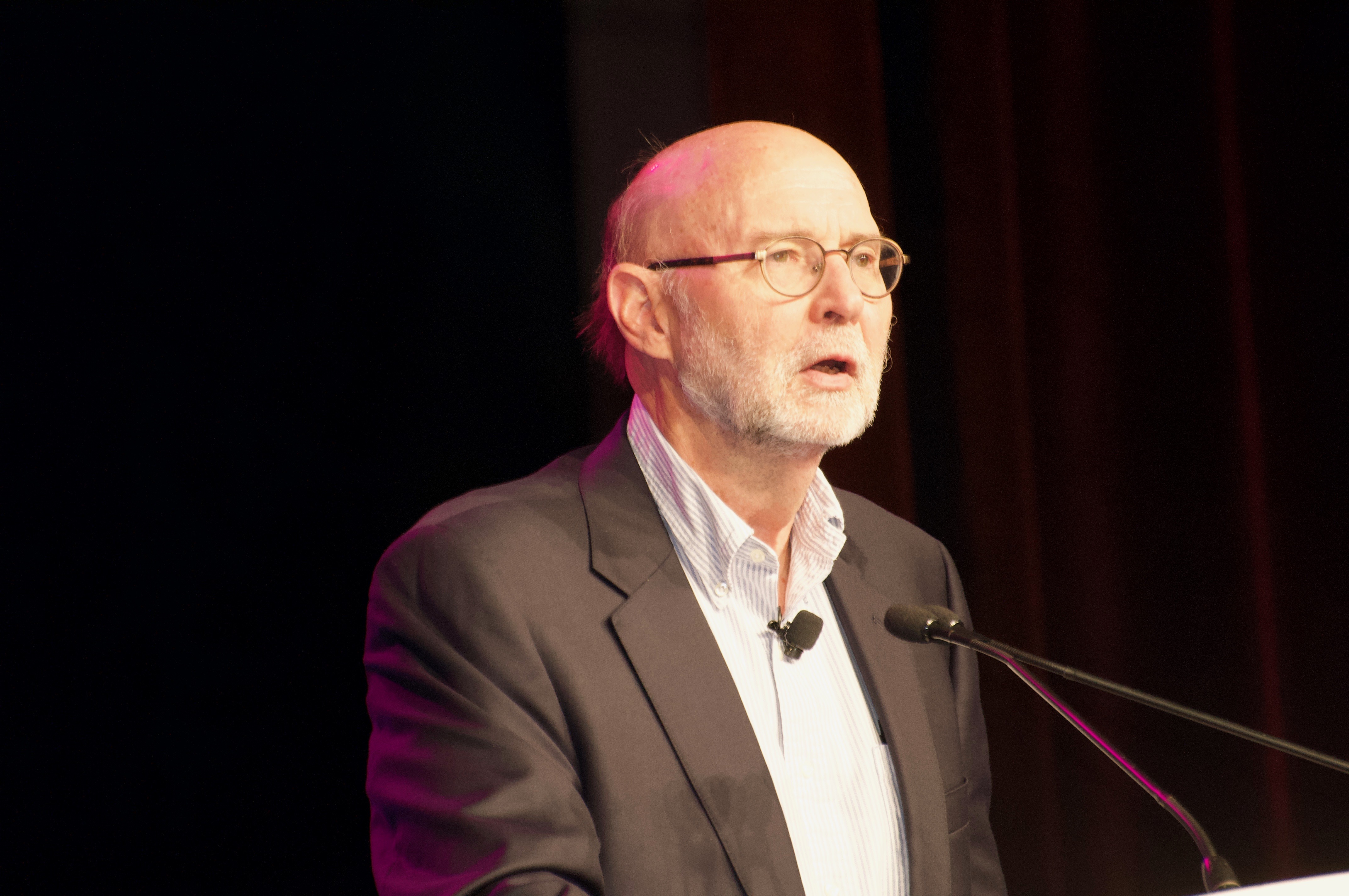 Session Description: Stephen Harrigan has devoted much of his life to exploring and explaining Texas, ever since his family crossed the Red River from Oklahoma in 1953. He is the author of numerous works of nonfiction and fiction, including the critically acclaimed novels A Friend of Mr. Lincoln, Remember Ben Clayton, and the New York Times bestseller The Gates of the Alamo. His latest book, just published, is Big Wonderful Thing: A History of Texas, is a sweeping narrative of Texas from prehistory to the present. He is a longtime write of Texas Monthly and an award-winning screenwriter who has written many movies for television. 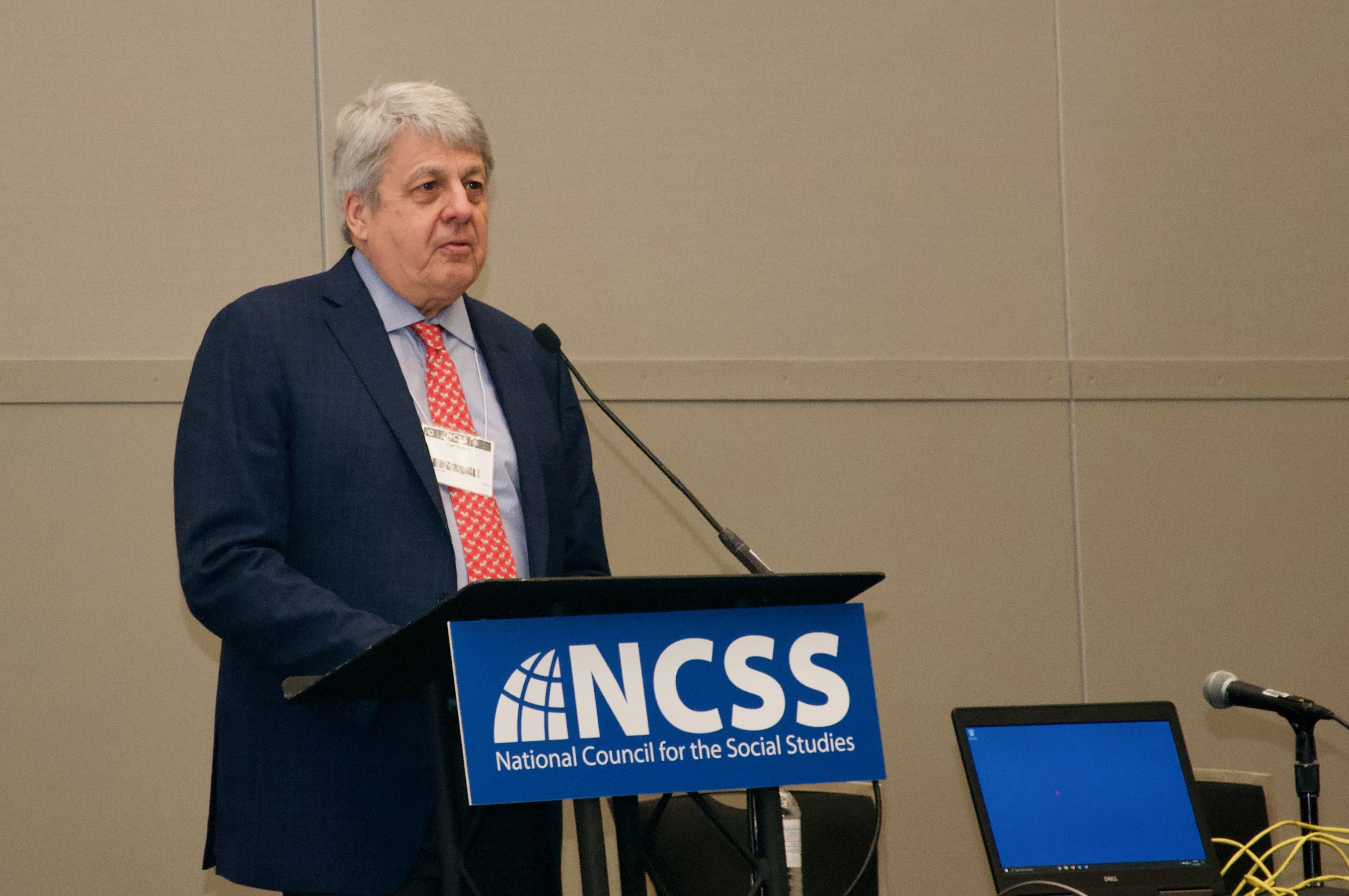 Session Description: Carl Hulse discusses his critically acclaimed book Confirmation Bias and the threat the ongoing judicial battles rocking Washington pose to the nation's governing institutions. He also discussed proposed changes to the court and the implications of the struggle over the federal judiciary for the 2020 presidential race. 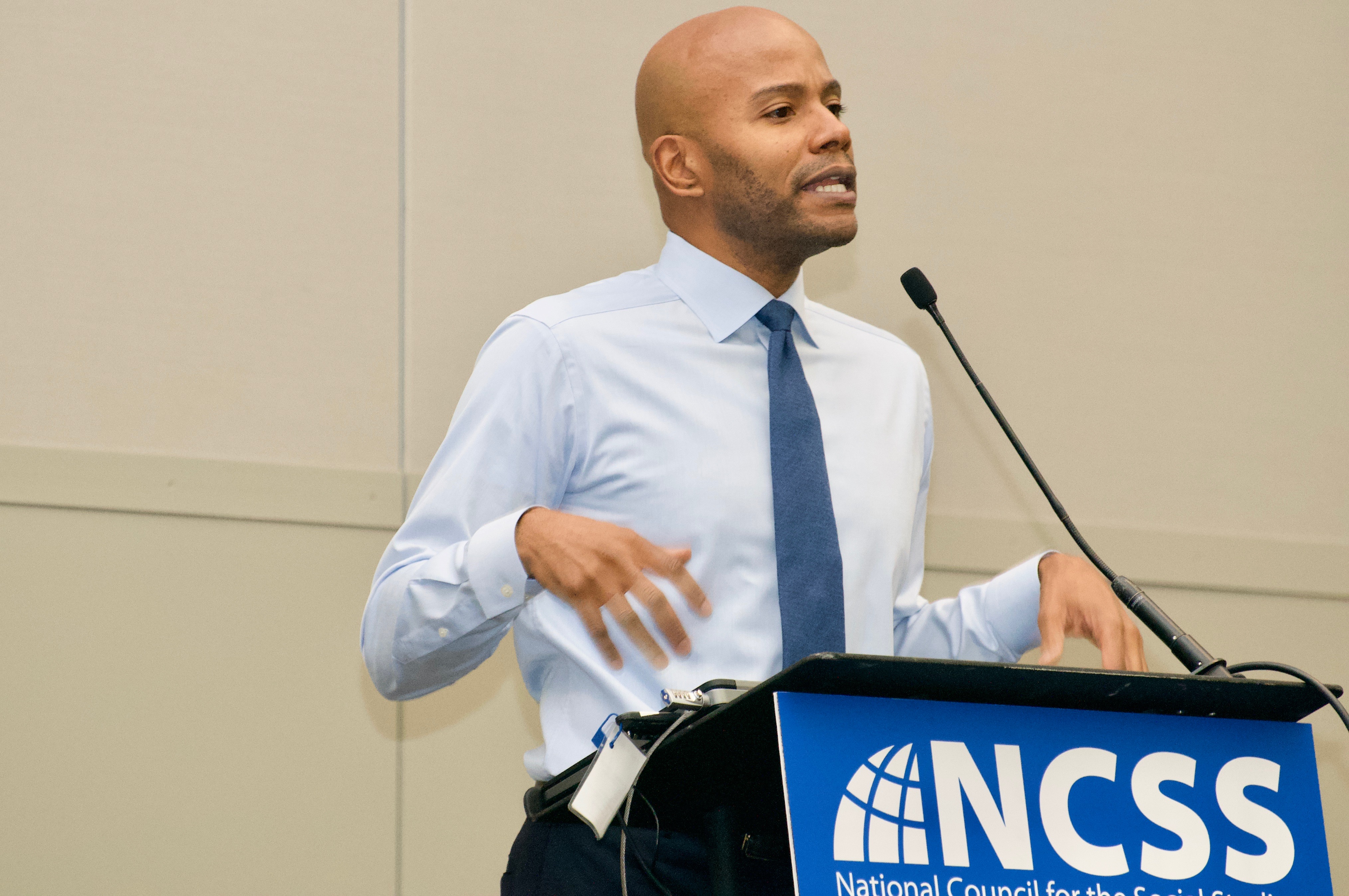 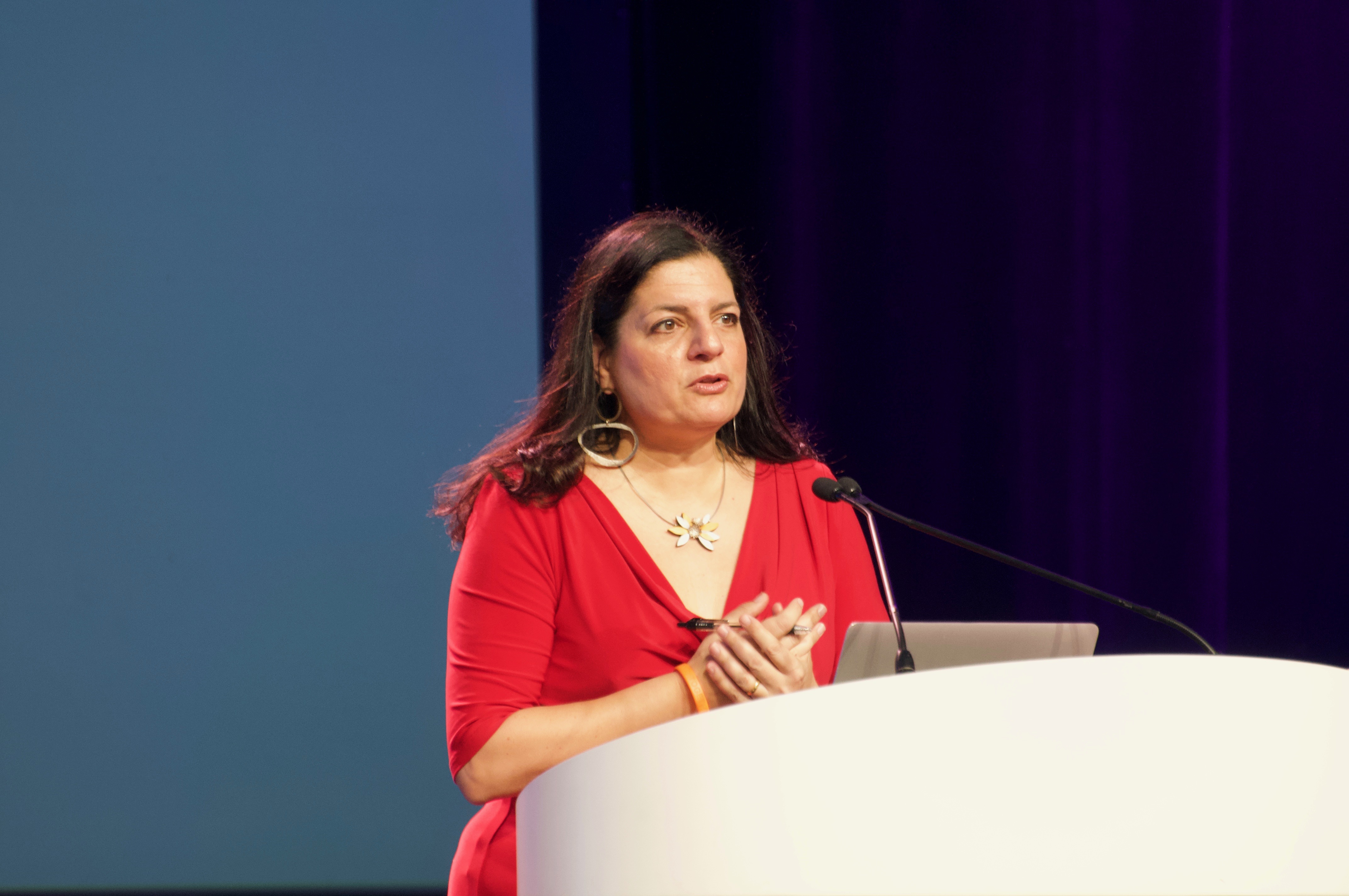 Session Description: Go behind-the-scenes with Pulitzer Center executive editor Indira Lakshmanan, who drew on her career reporting from 80 countries on six continents for leading U.S. media including The Boston Globe, NPR, and the International New York Times, to explore how engaging students with deep journalism activates critical thinking and engagement. How to go beyond the headlines to learn about climate change, global health, racism, war and peacebuilding, inequality, mass incarceration, and other contemporary challenges? Why is engaging students with news essential to strengthen our democracy? Indira shared free Pulitzer curriculum and learning resources to connect students to responsible journalism that ignites interest in the world and motivation to act. 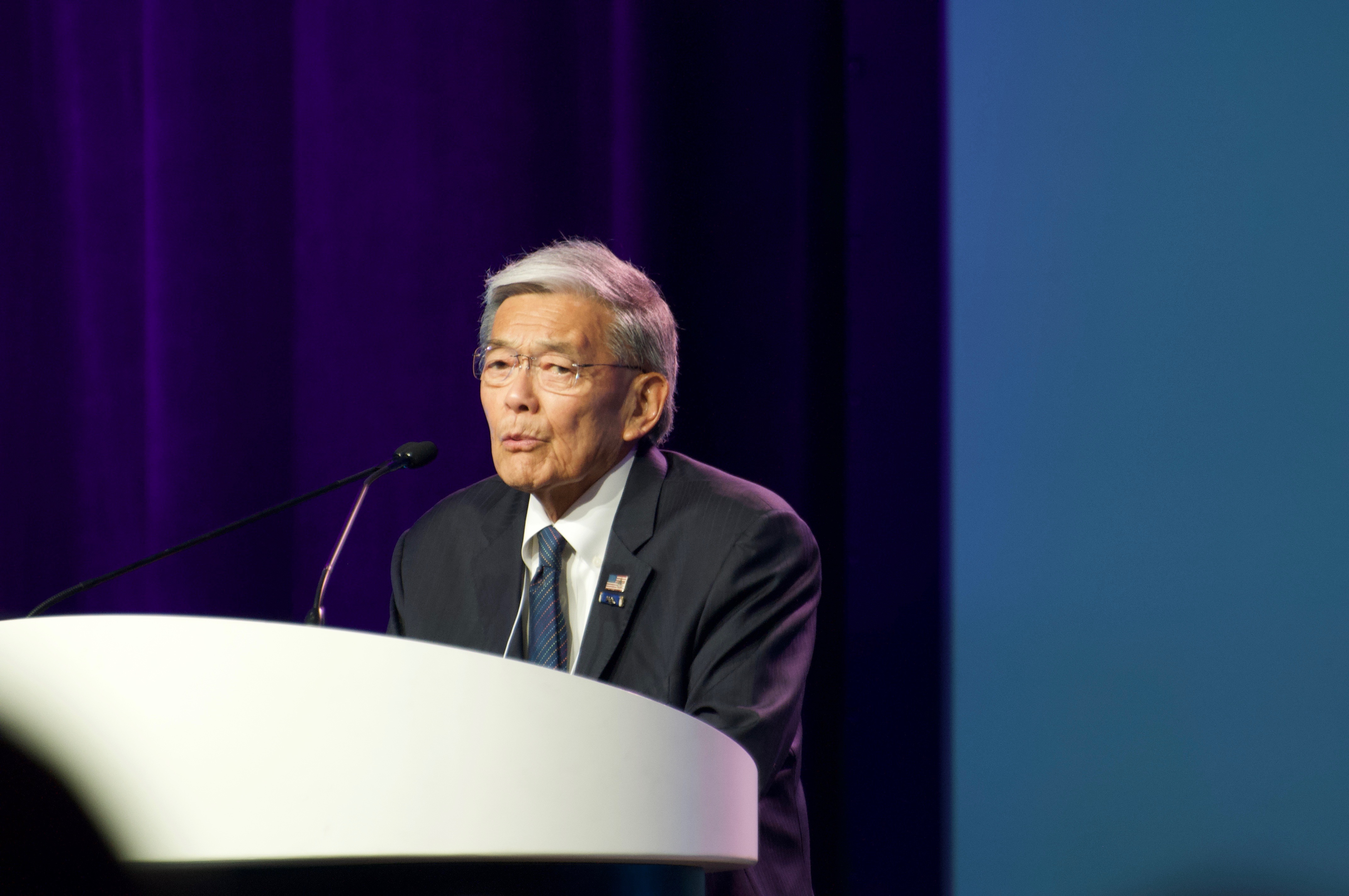 Session Description: Norman Y. Mineta discussed different aspects of his life, including being incarcerated by his own country as a 10-year-old boy in 1942, serving in the US Army, and his public life, from Mayor of San Jose, CA to US Representative to serving as US Secretary of Commerce under President Bill Clinton and Secretary of Transporation under President George W. Bush. 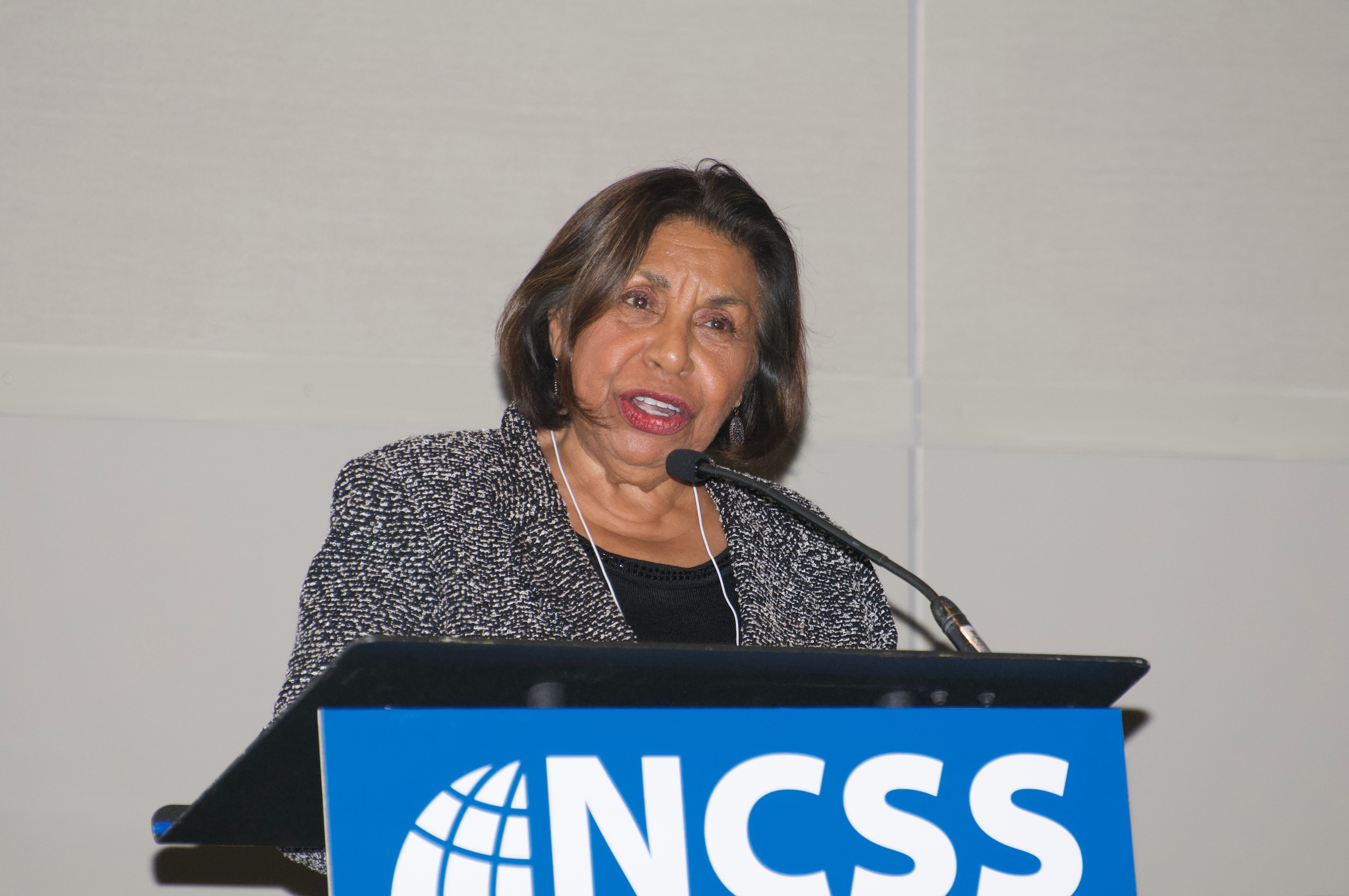 Session Description: At age 8, Sylvia Mendez played an instrumental role in the 1946 case, Mendez v. Westminster, the landmark desegregation case that set an important precedent for ending segregation in the United States, paving the way for Brown v. Board of Education seven years later. She discussed her parents' forgotten fight for desegregation of schools in California. 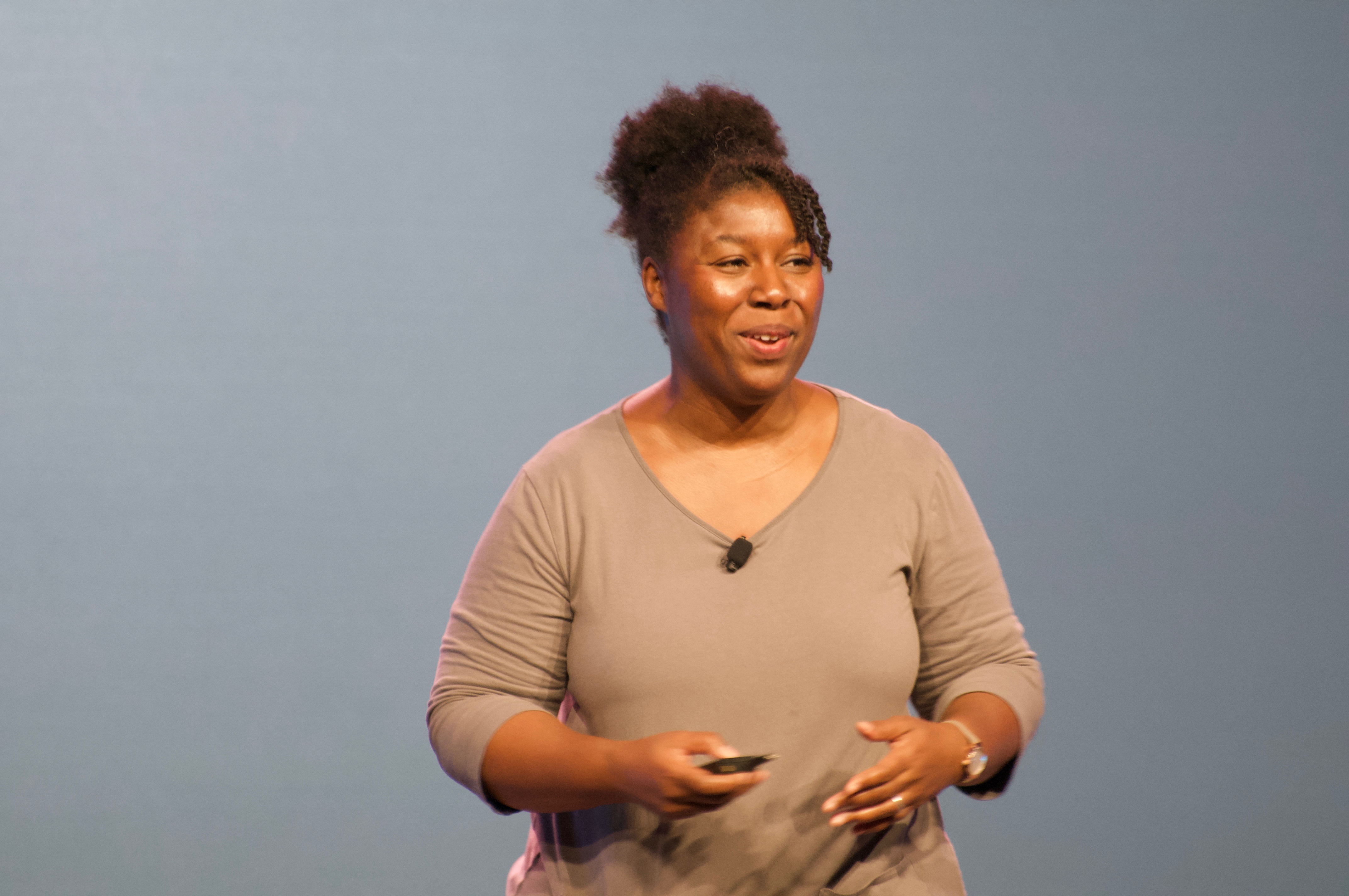 Session Description: From the Tuskegee Airmen, or "Red Tail Angels" in Europe and Africa, to the Women Airforce Service Pilots on the US Homefront, and the Tokkotai kamikaze pilots of Japan-- Sherri L. Smith has delved into the lesser-known stories of World War II Aviators to deliver them to a young audience. In 2005, when Sherri began writing her award-winning novel, FLYGIRL, as a creative master's thesis, her professor said, "I served in WWI, and I've never heard of the WASP." When she asked the editor of a series of over 200 young reader history books if they had told the story of the Tuskegee Airmen, she was told they had not. And while researching the war in Japan, Sherri learned two facts: by 1945, kamikaze pilots were as young as 17; and local junior high school girls were tasked with lining the runway to wave goodbye. In this session, Sherri L. Smith talked about her research on the WASP, the Tuskegee Airmen, and Tokkotai pilots of WWII. From her trip to Japan to serendipitous discoveries in the stacks of used book stores across America, she shared the nuggets uncovered about these aviators and the sacrifices they made to protect the countries they loved. 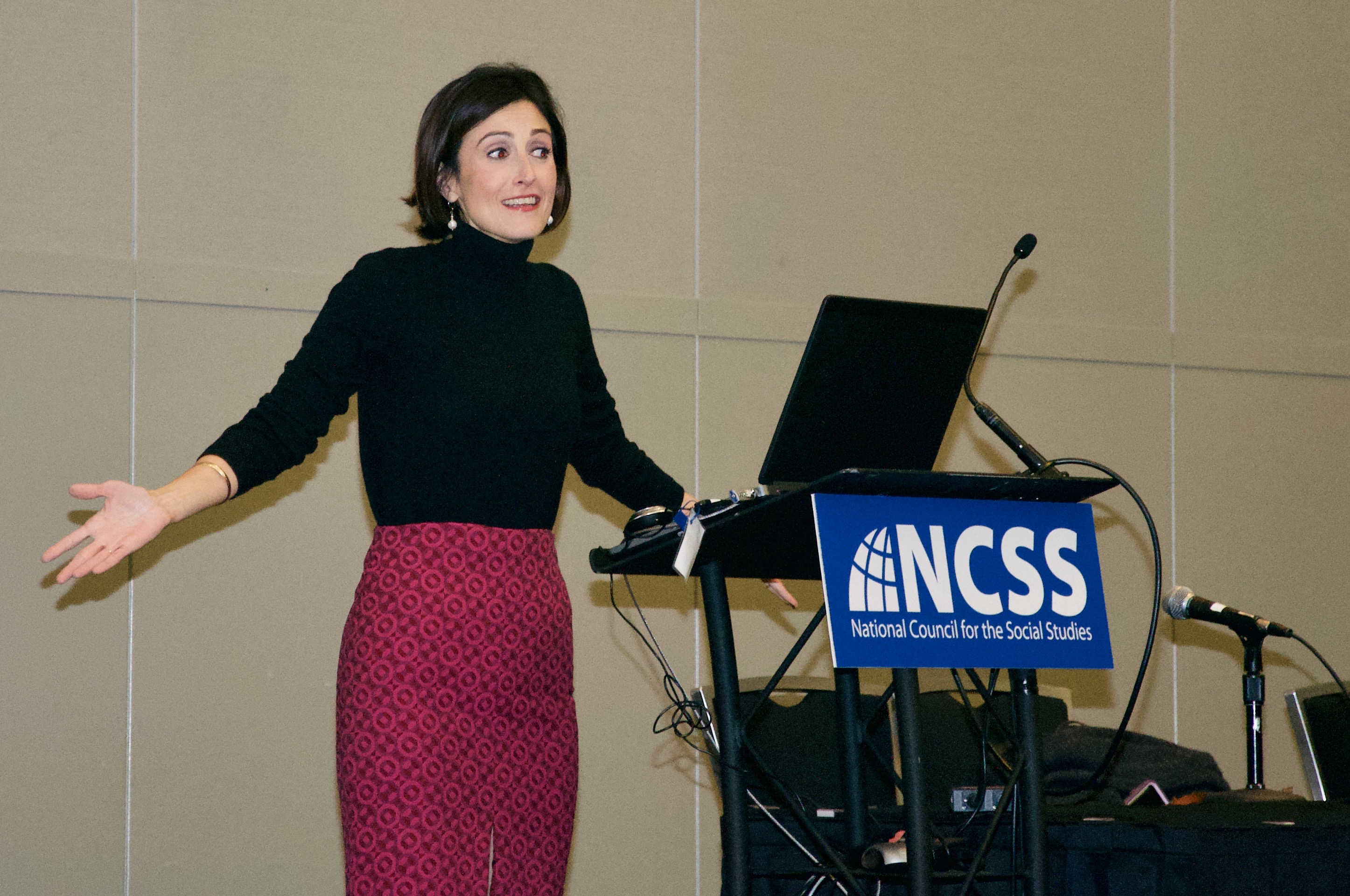 Session Description: As we approach the 2020 Presidential election, it is critical that we have a firm understanding of the electorate and issue landscape that we can then incorporate into our classroom. This session broadly looked at the 2020 election and then zoomed in on the make-up of the electorate with a special focus on women, Latinos, and minorities in general. This session highlighted the key issues of the contest as well as provided a deep dive into immigration. Finally, the session provided a big picture of how this election compares to previous elections. 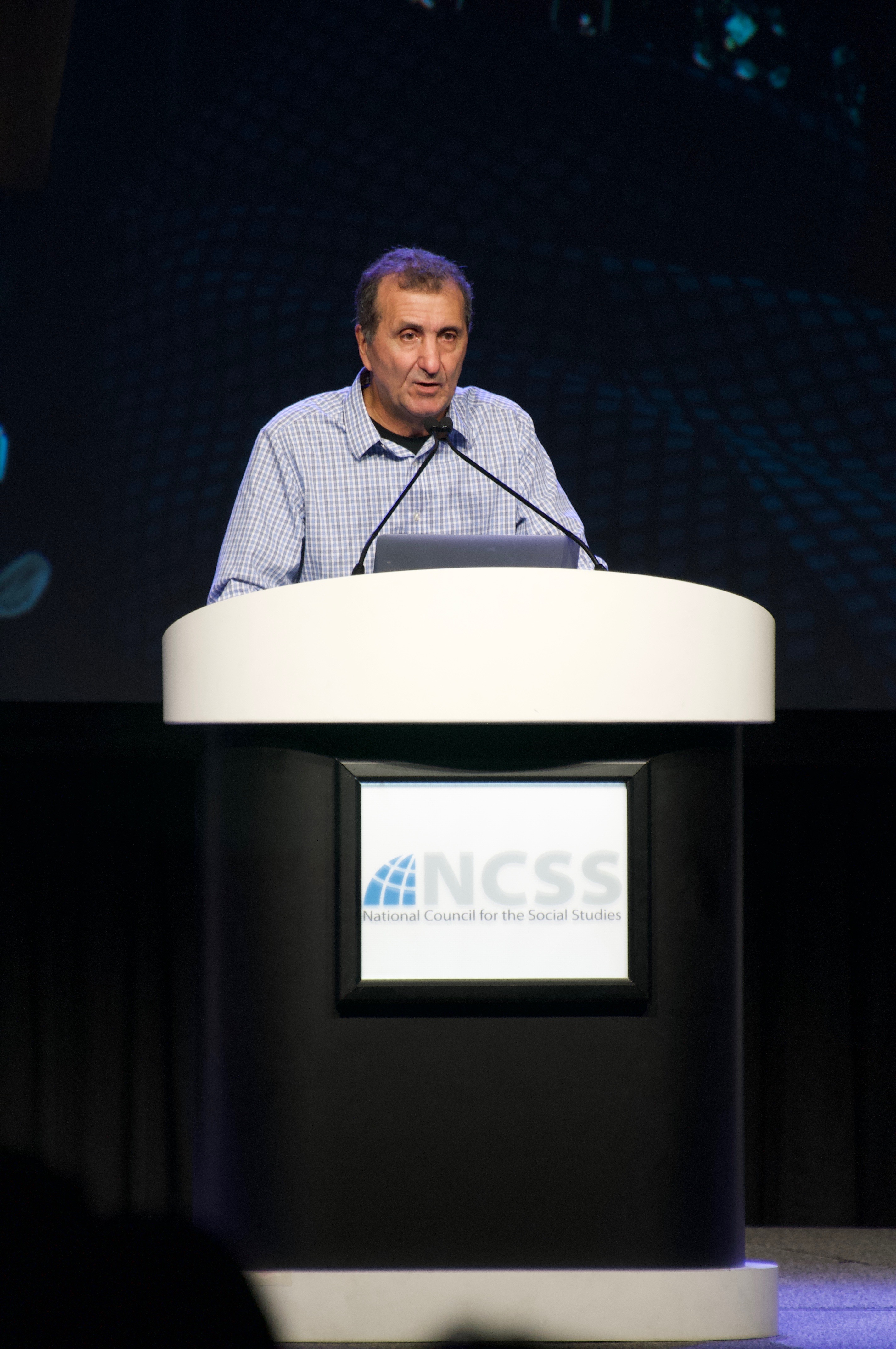 Session Description: As Chief Official White House Photographer for President Obama during his entire administration and an Official White House Photographer for President Reagan from 1983 to 1989, Pete Souze was in a unique position to spend rare and intimate moments in the Oval Office observing two transformative Presidents of the United States. He shared some of his iconic behind-the-scenes photographs, along with his poignant detailed stories, all leading to a bold and dynamic depiction of true leadership. 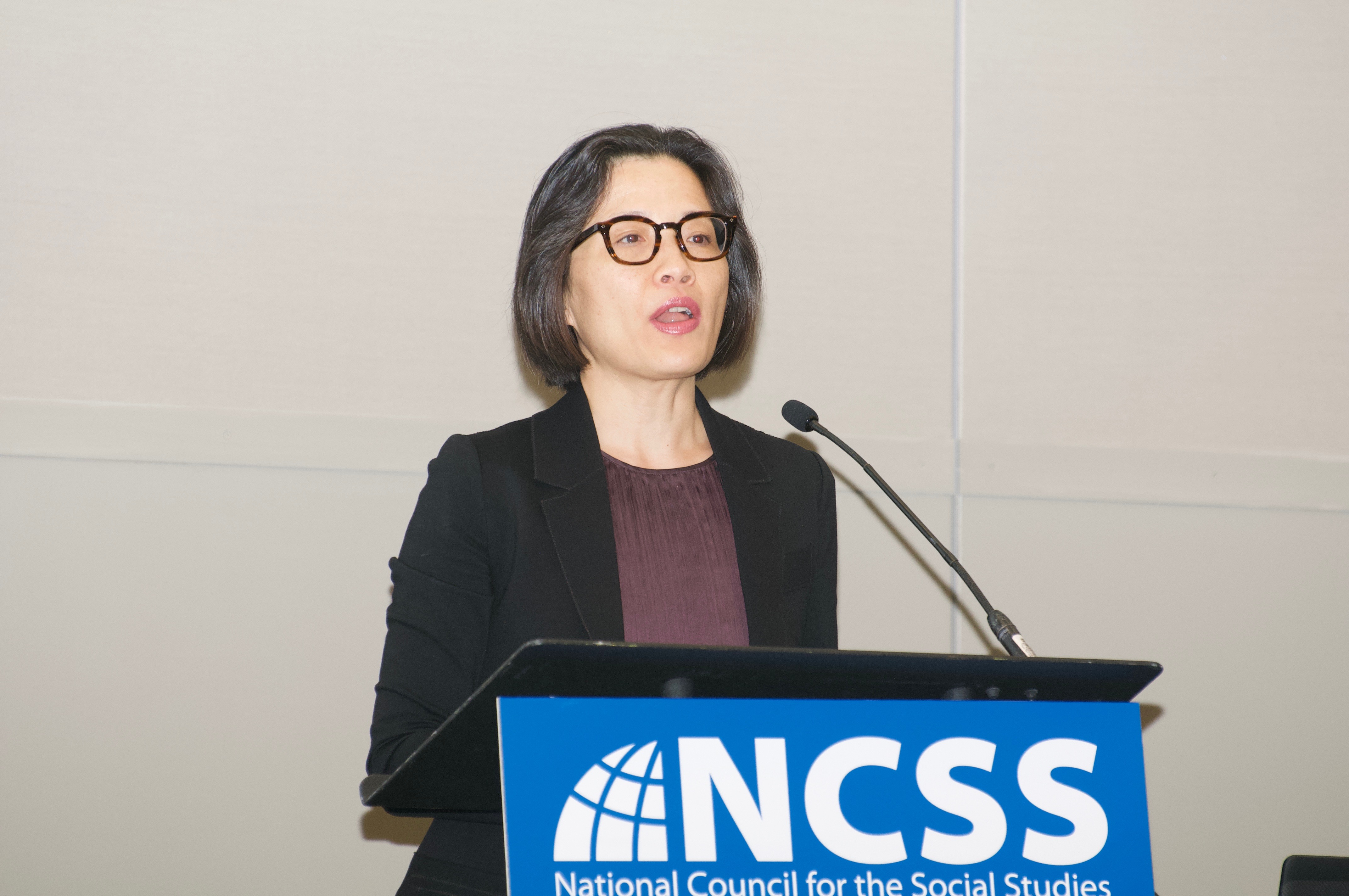 Session Description: The complexity of Chinese cities both conforms to and defies conventional urban theories and the experience of cities elsewhere around the world. A closer look at the Chinese experience provides new perspectives on urban dynamics in developing countries in general and specifically on issues of migration, housing, and infrastructure-- thus enriching our understanding of urbanization and urbanism.