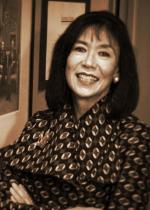 If you haven’t decided yet to attend the 97th Annual NCSS Conference in San Francisco on November 14- 19, 2017, I encourage you to make your plans now and not to miss out on a stimulating and educational experience. With our theme of “Expanding Visions/Bridging Traditions,” much thought and planning has gone into the selection of inspiring speakers, informative and in-depth sessions, and unique special events. For example, on Thursday evening, November 16, there will be a fabulous reception of culture and food in San Jose at the Gurdwara, a magnificent Sikh temple, the largest in North America. For civic education, be sure to include in your schedule the U.S. Citizenship and Immigration Naturalization Ceremony on Saturday November 18, as it will be a moving experience that you will want to see and share with your students. The Honorable Lucy Koh will administer the Oath of Allegiance. She is the first Asian American U.S. district court judge in the Northern District of California, the first district court judge of Korean descent in the United States, and the second Korean American federal judge.

I was born in the East Bay and have lived in the San Francisco Bay Area most of my life. If you choose a walking or bus tour as part of your Conference experience, you will see some of the city’s many wonderful historical landmarks (www.socialstudies.org/conference/tours). Fort Point was built in 1853–1861 to protect the Bay from naval attacks. Mission Delores, 1776, is the oldest Mission Building in California. Angel Island Immigration Center, 1910 –1940, is also referred to as the “Ellis Island of the West.” Alcatraz Island, was named by a Spanish explorer in 1775. The Palace of Fine Arts is a Beaux Arts-styled building constructed in 1915 for the Panama-Pacific Expedition. After you ride the cable car, be sure to visit the Cable Car Museum where you will learn how that transportation system began in 1873.

You will be able to explore the diversity and history of San Francisco through its many neighborhoods of Chinatown, Japantown, the Italian district of North Beach, the Castro, Fisherman’s Wharf, the Financial District, and others. Golden Gate Park is home not only to world-class museums like the de Young Museum and the Academy of Sciences (which includes a 2.5-acre living roof), but also to a herd of American Bison and the largest public Japanese Tea Garden in the United States.

This year marks the 75th Anniversary of Executive Order 9066 that President F. D. Roosevelt issued on February 19, 1942, giving the U.S. military the authority to forcibly remove anyone of Japanese Ancestry from the West Coast and send them to any of ten Japanese American Prison Camps across this country. These were operational until the end of World War II.

In 1942, the 4th Army was based in the San Francisco Presidio, where General John L. DeWitt was responsible for issuing more than 100 Exclusion Orders from his office. Now the Presidio is part of the National Park Service, and I would urge you to see the special exhibit called “Exclusion” at the Presidio Officers Club showing the pivotal role it played in the mass incarceration of Japanese Americans. Preview it at http://www.presidio.gov/officers-club/exhibitions/special-exhibition-exclusion.

I hope you will plan to attend the upcoming NCSS conference and have new experiences in San Francisco that you can take back to share with your students as you prepare them for college, career, and civic life.

Looking forward to seeing you soon!

Karen Korematsu, Co-Chair of the 97th NCSS Annual Conference, is the Founder and Executive Director of the Fred T. Korematsu Institute (www.korematsuinstitute.org) and the daughter of the late Fred T. Korematsu. The institute was established in 2009, on the 25th anniversary of the reversal of Mr. Korematsu’s World War II U.S. Supreme Court conviction.